What I’ve Learnt about Lesson Planning

My introduction to teaching in higher education was pretty abrupt. Three months into my PhD, my second supervisor at the University of Leicester asked if I would mind teaching a seminar class on Leicester’s medieval module, ‘Monarchy and Society’. Leicester was short on medievalists that particular term and needed to draft in tutors from elsewhere. I had studied at Leicester as an undergraduate so the staff knew me well and felt I was up to the challenge. I eagerly accepted, excited by the prospect of teaching on a module that I’d studied myself only four years earlier. But this raised a serious issue. I was only 22 and had minimal experience of teaching beyond organising primary school workshops for the University of Nottingham’s Vikings for Schools project. How the heck was I going to persuade a group of 18 year olds to fall in love with medieval studies and (more worryingly) convince them that I knew what I was doing?!

I knew my salvation would be effective lesson planning. I had to make sure I was turning up to classes fully prepared with engaging activities that would allow me to steer the discussion in a direction I was comfortable with. This meant that my lessons centred on group work, source analysis, and a lot of material culture studies. My teaching on ‘Monarchy and Society’ wasn’t bad, but it wasn’t inspiring either. I didn’t know enough about the topics we covered to make it so. But feedback from students reassured me that the activities I was organising were helping them to engage with the subject.

When I started teaching on the University of Nottingham’s ‘Introduction to the Medieval World’ module, I was determined to show my students just how fun and exciting medieval studies can be if approached correctly.

So what have I learnt?

The most important thing I learnt was not to overburden the class with activities. In my first lessons, I tended to arrive with a hoard of tasks for the students to complete, hugely overestimating how much material it was possible to get through in 50 minutes. I’ve since developed a ‘three-point plan’ which now forms the crux of my lesson planning: 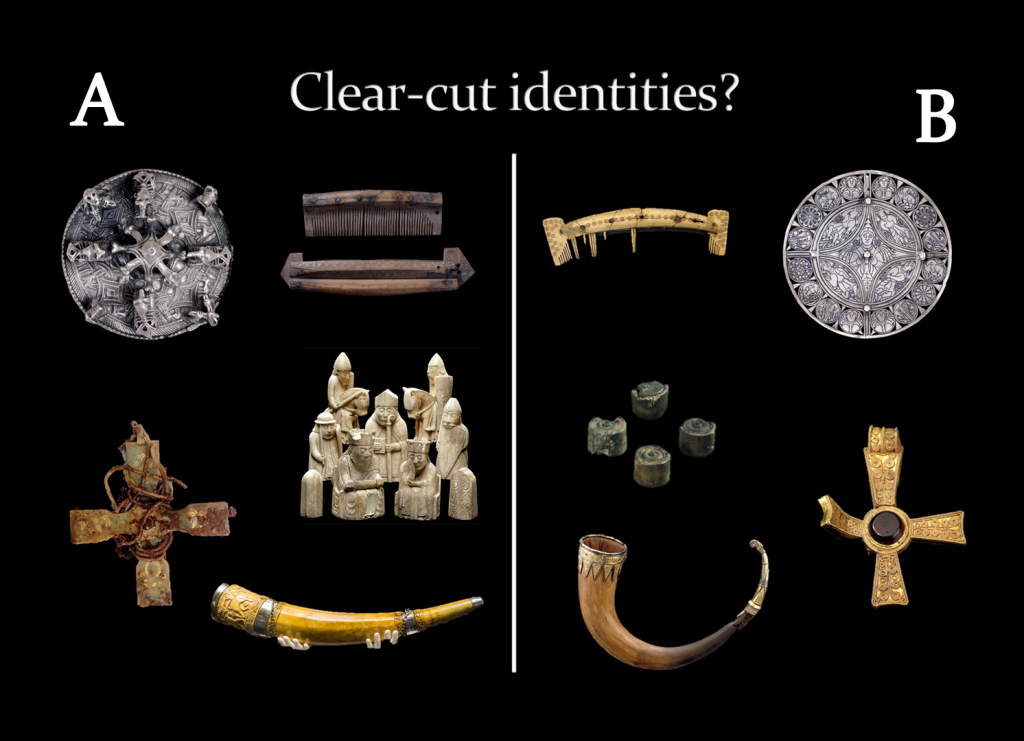 Using this ‘three-point plan’ cut my lesson planning time in half. I now know exactly what I want to achieve from my lessons before I even start to plan them. I highly encourage new teachers to adopt a similar scheme, since one of the biggest issues all new teachers face is figuring out how to plan good lessons without spending too much time on them! I learnt this lesson the hard way, as the first year of my PhD was burdened with teaching-related stress that many of my peers had yet to experience. But looking back on that year, I know it’s made me a stronger teacher and I feel I’ve finally achieved my initial aim: to convince my students to view medieval studies with as much excitement as I do!

Emma Vosper
I’m Emma, a second year M3C-funded PhD student at the University of Nottingham and committed medievalist. I’ll be blogging about my attempts to convey enthusiasm for the medieval period to my students. Although this isn’t my first time teaching, I still feel new to the field. You can follow my successes and slip-ups on this blog and on Twitter @EmmaVosper.

7 thoughts on “What I’ve Learnt about Lesson Planning”